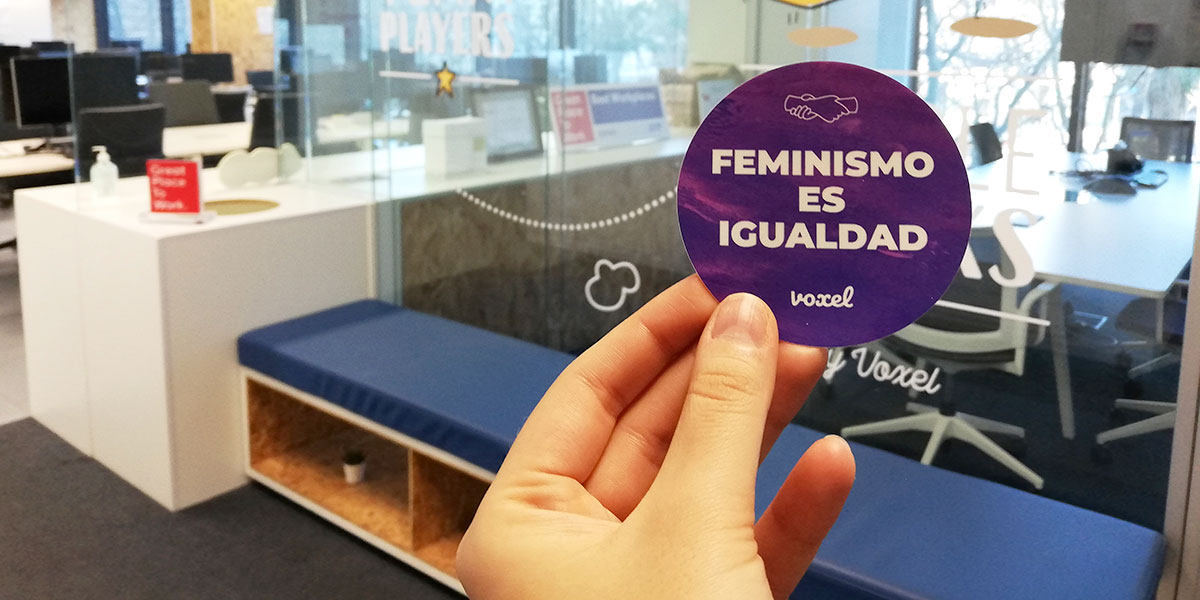 At Voxel we commemorate International Women’s Day with a week filled with activities to promote a more egalitarian society.

Last week, on the occasion of International Women’s Day, we organized Women’s Week at Voxel. For this, we held a series of thought-provoking activities about how to build a more egalitarian society. These activities included protest videos, participative workshops, thoughtful discussions and symbolic films. During the week, more than 100 Voxelians participated in these activities.

Launch of the I am a feminist video

Part of the Voxel team played a role in the I am a feminist video, where they explained the reasons why they were celebrating International Women’s Day.

A workshop imparted by Voxelian Sara Alite was organized, which main topic was micro-chauvinism or set of preconceived ideas, prejudices and behaviors in society with respect to gender roles. The session was attended by more than 30 people and was 100% participative.

At the beginning of the workshop, the discussion focused on the idea that the first step in making a change is being able to name it. The second step is to talk about it in order to find solutions. Thus, one of the activities encouraged several Voxelian teams to name examples of sexist behavior.

“Assume decision making by gender” or “tell sexist jokes” explained a group. “When a woman is successful in her career, then she has not been a good mother” or “unequal salaries by gender”, were mentioned by other groups. Also “mansplaining” and “attributing colors to gender” are behaviors that promote gender inequality. “Advertising pressure”, “physical assault” and “on occasions, murder”, were mentioned by other participants.

But, ¿what can we do? Here are some of the conclusions that were drawn:

“Adventurous woman” and “adventurous man” do not have the same connotation. “Every man present” is a generic structure formulated in masculine. “The motorcycle for the father and the washing machine for the mother” reference gender stereotypes or roles.

These as well as other reflections were mentioned at the discussion and were commented by the more than 30 participants. In conclusion, there are many alternatives for expressing ourselves and using consensus driven and inclusive language.

Projection and videoforum of the film Suffragette

By Voxelian Daniela Ramos, the film Suffragette was played. This film is about the suffrage movement originated in England and driven by working class women. Based on a true story, it shows how between 1910 and 1919, many women fought, risking everything, to achieve equality in the voting system.

When the film was over, a videoforum was organized where different reflections were made such as the strength and determination displayed by those women by never giving up, as well as the fact that even today, there is still a lot of work to do.

Thanks to Sara, Mónica, Daniela, Andrea, Neus, and everyone else that participated in the activities. For raising awareness about the gender inequality that still exists today. And also for taking sides, each from their position and with respect. 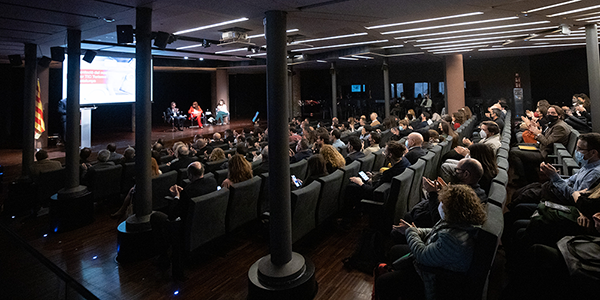 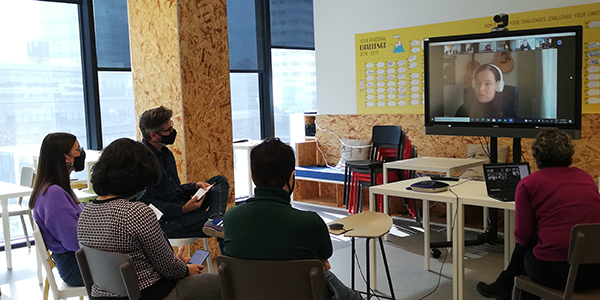 We are celebrating International Day of Women and Girls in Science 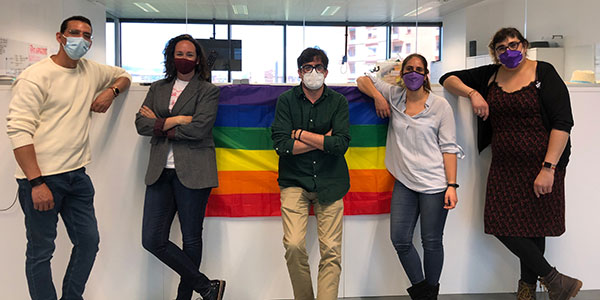